In the mid-1800s, "A.T". Steward learned a valuable lesson that will help us all.

As a young boy in Ireland, he saved up $1.50 and decided to try his hand at selling merchandise. He spent $0.87 (half of his money) on buttons and string. Then, he went door-to-door and tried to sell his goods.

The result? A total failure. Instead of giving up, he learned this valuable lesson, "I'll find out what the housewives really want and sell that." He did some research and discovered a “known demand.”

Using the last of his money, he bought things that people really wanted. Because they wanted them, he had no difficulty at all in selling them for a profit. He said about this experience … "I will never gamble again in business. I will first discover what people want."

A.T. moved to New York with some Irish-spun Belfast linens and laces (a known demand) and opened a shop on Broadway, A. T. Stewart & Co. From there he built the largest merchant business in the world focusing on his strengths and a known demand.

By 1848 he had built the largest retail store in the world at that time. Stewart also had branches of his company in different parts of the world and owned several mills and factories. Stewart had an annual income of $1,843,637 in 1863. His business success is estimated to have made him one of the twenty wealthiest people in history, with a fortune of approximately US$90 billion in 2012 prices.

How can we, as sales people, benefit from this story? Before you start to make your sales pitch, find out what your customer wants (a known demand) and help them get it. You won't have to sell, only help them buy.

All of my books and programs are based on what you, a person who sells for a living, want (a known demand). 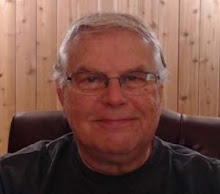